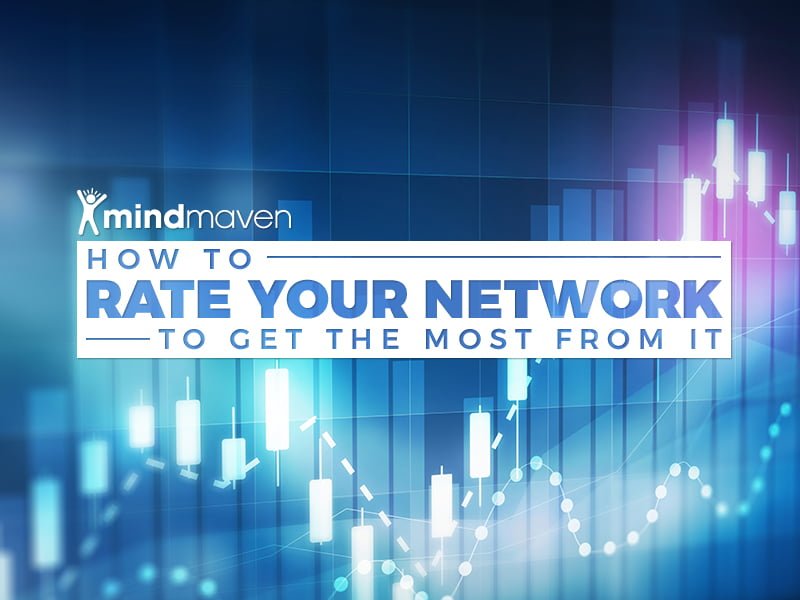 How to Rate Your Network to Get the Most From It

According to the Dunbar Number, the average person can only successfully manage around 144 relationships at a time. For some, that’s no problem.

But for those of you who are like me—who have thousands of relationships in your network—you’re in a bit of a bind. Even with the best of intentions, there’s no way to effectively manage thousands of contacts without some form of strategy. This dilemma is incredibly common amongst founders and entrepreneurs.

The good news is, you don’t have to. All you need to do to be effectively manage yout network is to focus your time and energy on the people that matter most.

And that’s what we’re going to talk about today: How to rate your network on a four-tiered scale that ensures you’re getting the highest ROI out of all of your interactions.

How to Identify Your Network’s Most Valuable People

So if the goal is to focus on who matters most … How do you determine who that is?

Well, that depends: What’s your relationship objective? Your goals determine your focus, and that’s why it’s so important to know exactly what you want to accomplish with your network.

Got your relationship objective? Great, now let’s talk about how to unleash its full potential by leveraging it with the most valuable people in your network.

Mindmaven’s Rating System: The 4 Tiers of Your Network

Simply creating a Relationship Objective may already have offered some clarity about who the most important people in your network are: Put simply, they’re the people most willing and able to help you reach that objective. They can provide you with the breakthrough opportunities, introductions, or information you need to scale to the next level.

But even so, that list is probably still longer than you could ever hope to keep up with.

Here at Mindmaven, we’ve developed a rating method that we’ve deployed not only in our networks, but in the networks of our clients; and because we’ve seen such success come as a result of this system, we wanted to share it with you.

Your Legends, Champions, Stars, and Players and Their Incredible Impact

First, a quick note: Our unique rating methodology is not an evaluation of how much you like a person. It doesn’t show how great they may be, or how much you aspire to be like them.

Rather, it’s about assessing someone’s willingness and ability to help you reach your long- and short-term relationship objectives.

Our system is broken down into four tiers, listed below:

You may have noticed that, unlike many rating systems, ours isn’t based on numbers, letters, or stars. Instead, we use titles that carry a very specific meaning.

In our experience, it’s much easier for your mind to associate people to a certain group rather than a list of arbitrary numbers or symbols.

Now, let’s take a closer look at each of the four tiers of our rating system.

Think of Legends as the MVPs of your network. They’re the most relevant, important people you know because they’re uniquely qualified to support you in your objectives. This qualification is driven by their exposure to relevant people, opportunities, and deals that align with your goals.

You can increase the likelihood that your Legends will send you these opportunities by increasing your mindshare with them. Whenever possible, you want to keep your mindshare at 100% and consistently work to deepen these relationships.

As a general rule, I recommend limiting this tier to about 5% of your total network, or a maximum of 50 people.

The reason for this is you want to ensure you always have the time and energy to invest into this group, and expanding much beyond 50 contacts can infringe on your ability to consistently provide them relevant, meaningful value.

Champions are those you see as highly relevant and valuable, but who don’t quite reach Legend status for whatever reason.

Think of them as potential future Legends: People who are already providing value to you and who have access to—or are likely to have access to in the future—opportunities that you perceive as powerful.

These are people who you want to continue to invest into, but not at the same frequency or value level as your Legends. Naturally, you’re going to have more Champions than Legends and that’s okay; keeping these relationships relevant requires substantially less time and effort than your Legends.

Stars are professionals you respect, and who you already have a well-defined relationship with. In other words, someone you’ve done more than simply exchanged business cards with.

Like above, think of Stars as potential future Champions. You probably see them relatively often and, as a result, don’t have to go too far out of your way to keep the relationship warm.

Stars should be those individuals with whom you have a strong enough relationship with to ask for small favors, such as a phone call or an introduction, but who likely don’t quite have the clout to turn your relationship objectives into a reality.

Again, you’re probably going to have more Stars than Champions. Because keeping these relationships warm has a relatively low time and effort investment, that’s fine.

Simply put, Players are everyone else you know who doesn’t qualify as a Star, Champion, or Legend. In most cases, this tier is going to make up the bulk of your network.

This is everyone you’ve ever shaken hands with, had a quick conversation with, or were introduced to who you enjoyed meeting, but who weren’t particularly relevant to your long-term goals.

We at Mindmaven see the Players tier as a “holding bin” for everyone in your network who isn’t yet relevant to you, but whose relationship you appreciate.

How to Confidently Rate Your Network for the Best Results

Alright, so you’ve got the four tiers. The next question is … How do you go about rating your entire network into the appropriate category?

It actually isn’t all that difficult and, depending on how involved you want to be, there are two approaches you can take: The single-tier approach and the four-tier approach.

Let’s take a look at each.

Start by identifying your Legends, and put them into either an Excel/Google Sheets spreadsheet or a CRM like Contactually or FullContact.

Once you’ve added and labeled your Legends, ask yourself: When was the last time each of my Legends heard from me? If you aren’t using a CRM that calculates this automatically, take the time to figure it out manually.

If you discover more than 30% of your Legends haven’t heard from you in the last 30 days, you’re leaving massive potential value on the table.

When you aren’t in regular interactions with them, you’re losing mindshare. And when you lose mindshare with your Legends, you lose access to potential breakthrough opportunities.

And that’s it: If you want to keep things simple, just identify your Legends and make sure you’re reaching out to them at least once a month with a relevant, meaningful, valuable interaction.

This second approach is actually more of an optional second step to the single-tier approach above. It requires an extra time investment of around 2-3 hours, but it can be done in as little as ten minutes a day. Here’s how it works.

First, create a column, bucket, or tag for your remaining three tiers: Champions, Stars, and Players. If you aren’t using a CRM that automates this process with keyboard shortcuts, it can take awhile; but the time investment will be worth it.

However: If you’re using a CRM that offers keyboard shortcuts, you’d be surprised how quick this categorization process can be. In fact, I tested it: Using Contactually, I was able to rate 50 contacts in 53 seconds.

After all: The bulk of your network is going to qualify as Players, so you can mass-sort them in large groups. Just make sure that you don’t go too quickly and end up miscategorizing people.

Whether you use a spreadsheet or a CRM, the end result is a rating structure that allows you to easily identify and focus your efforts on the people in your network that matter the most.

Clarity and Prioritization: The Real Benefit of Rating Your Network

Obviously, the point of this exercise isn’t just to help you organize your network but to better build relationships with those who matter.

At the end of the day, the reason you want to rate your network is so you can better prioritize who to reach out to, how to reach out to them, and how often you should interact with them.

Here’s a chart we made to illustrate how you should allocate your time and effort: 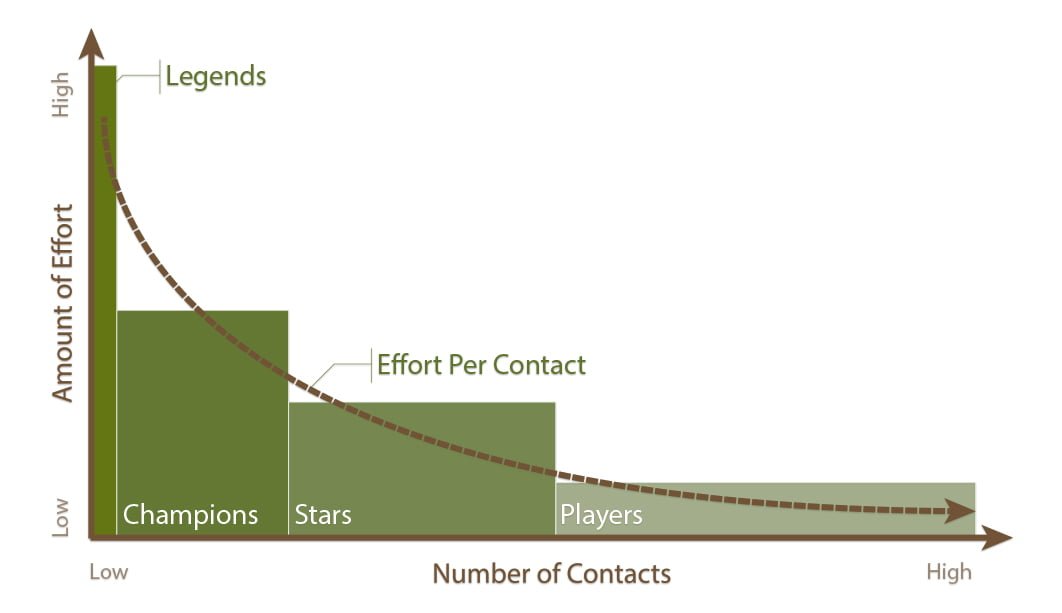 As you can see, the majority of your time and effort is going toward your Legends even though you only have a few of them. To contrast, you’re investing relatively little effort into your Players even though they make up the bulk of your network.

Specifically with players, the key is to utilize more of the classic marketing strategies to reach out in mass, such as newsletters or—even better—personalized update emails.

At the end of the day, the real value’s this: By rating your contacts, you’re empowering yourself to know in advance where your efforts should be directed. This will save you massive time and energy that you were previously investing into contacts that just didn’t yield a high enough ROI.

And once you’re focusing the right effort on the right people, that’s when serendipity strikes and you start gaining access to those breakthrough opportunities you’re looking for.

How Do I Effectively Invest in My Legends for Spectacular Results?

So you’ve got your network sorted and you know who you should be investing into. But … Now what? How do you provide meaningful, relevant, valuable interactions to your Legends, Champions, Stars, and Players?

There are a number of ways to do this, many of which we’ve written about before. But perhaps the easiest and quickest way is by leveraging the power of the Five Freebies.

The Five Freebies are five easy-to-send emails that allow you to quickly reactivate almost any relationship, no matter how long it’s sat dormant. If you’d like access to these powerful email templates, download our free ebook here. 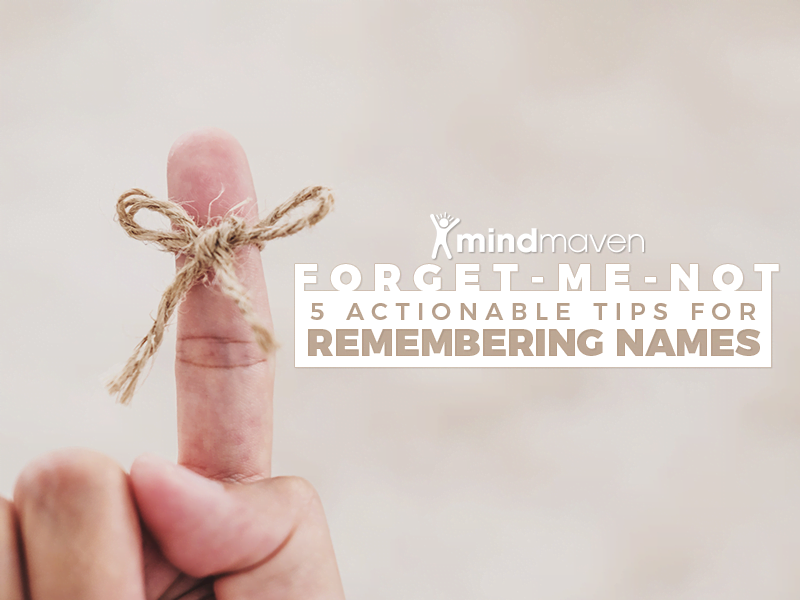 Forget-Me-Not: How to Remember People’s Names (Almost) Every Time

Dale Carnegie, legendary author of How to Win Friends and Influence People, once said, “A person’s name is to that... 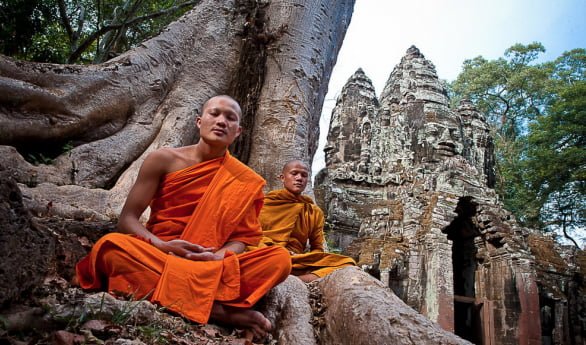 How to Find Your Dream Job in Six Easy Steps

Achieve Sustained Fulfillment by Identifying Your Life’s Themes I love my profession. Not everyone can honestly say...

Attaining Fulfillment in Life – How Mindmaven Came to Be

You Deserve to be Happy I believe you deserve a job that charges you up, gives you energy and lets you go home with a...