Or, Why Saying ‘No’ Can Also Be a Good Thing

There Are So Many Situations in Which We Should Say ‘No’

There are many aspects and situations in which we have to say ‘No.’

This post is focused on this third reason for saying ‘No.’ It is geared toward people who have a reasonable amount of inbound requests, are overworked, and have to be very skilled in managing their time.

So it is really about the ‘No’ in the beginning of relationships, not necessarily existing ones.

In terms of the right audience for this article, think of:

However, it’s also for everyone who is simply getting a lot more inbound requests than you can handle therefore, you have to tackle the skill of saying ‘No.’

Well the good news is, it’s a lot easier to say ‘No’ to people you barely know. The challenge that comes is that there are very few people who are actually skilled and mindful at it. So let’s see if we can help out with this charge.

Why ‘No’ Is a Good Thing, But Few People Seem To See It

Specifically when it comes to saying ‘No’ in business, there are a few basics that we come across almost constantly. People say:

The interesting thing is if you look at these three examples, saying ‘No’ is pushing us toward them. Since all three of these are generally accepted as a good thing, saying ‘No’ helps us achieve them. I call that a good thing.

We simply do not like it. We don’t like hearing ‘No’ and it is very often hard for us to say ‘No’ to people. It just doesn’t feel good.

The reason why is that, in its purest form, saying ‘No’ is a negative impulse and can have a threatening feel to the recipient.

What we’ve learned from neuroscience is that whenever we perceive even the slightest form of threat, our amygdala (or our ancient brain) kicks into hyper-gear. Not only that, it actually takes control over a lot of things that often make us react reflexively. This is still very useful for survival, but much less needed than it was in the old days. (Think: RUN when a saber-toothed tiger comes charging directly after you.) Since a ‘No’ can be perceived as threatening we often switch over to our ancient “fight or flight” settings. Unfortunately, this bars us from staying rational and drives us to become way more reactive than is helpful for the situation we are facing. On the other hand, if you are the person who is giving a ‘No,’ we often end up fearing that exact reaction and would rather avoid the conflict that might arise through that. These are some very powerful reasons why we do not like to say ‘No,’ so what do people do?

The easiest way to get out of this problem is to simply ignore requests to which we would otherwise have to say ‘No.’ Ignoring has become a very socially acceptable way of behaving. In fact, if we look at some of the leading social media and social networking sites like Facebook and LinkedIn, you will notice that they offer you an ‘Ignore’ button, rather than having to say ‘No thanks.’ Believe me, all of these firms have done extensive A-B testing to figure out which would work better. In my view, it is just a data driven reflection of how we tend to operate as humans.

The problem is, to ignore is just a cop-out and not necessarily the best thing you could do for a relationship. While I’m a person who cares about relationships and a proponent of not ignoring requests, I still have to say that ignoring can sometimes be the right option.

There is a simple rule out there that a lot of people like to adhere to. Some people actually say that no news is good news and would rather hear nothing rather than receive a ‘No.’ I’ll leave it up to you to decide what your personal preference is.

Having said this, you still may have situations where you need to say ‘No’ and simply cannot use the ‘Ignore’ button.

If You Are Brave Enough to Say ‘No’

The big question we want to answer here is, can you give a ‘No’ and still win? The simple fact of life is that there are a lot of people out there who have to say ‘No’, whether they like it or not. It’s built into their business. There are plenty of examples.

All of these people may choose to use the ‘Ignore’ button but frankly, almost all of them will probably not feel extremely good about it. So let’s take a look at how we can say ‘No’ and still win.

Can You Say ‘No’ And Still Win?

If you want to find the answer to this question, we have to go back to understanding our brain. The very good news is that over the last 2.6 million years of brain development, we have developed the ability to overcome our gut-based, knee-jerk, reflexive reaction we get in “fight or flight” situations. When we are capable of activating our newer parts of the brain, reasoning kicks in and a solid evaluation of the situation gets served up. This often leads to a better outcome for all parties involved rather than if we get hijacked by our amygdala. All I’m saying is, why not leverage that simple fact in the way we give a ‘No’ to other people?

If we live in a reality where we react roughly five times stronger to negative than positive impulses (ever wonder why our news is almost completely full of negative stuff?), then can we dampen the effects of the negative impulses that unfortunately come along with saying ‘No?’

The answer is: Yes, by a) understanding the mind, and b) utilizing a few tools that are available to us. So, let’s take a look at this one:

This is powerful for two reasons.

In one step, what we’re really doing is weakening the effects of saying ‘No’ by offering something that is perceived as positive and offering the recipient’s mind something new to focus on. (And depending on how strong that perception is, it can outweigh the ‘No’ you have given quite dramatically.)

Why can this work? What we are doing is giving the recipient’s mind an opportunity to rationalize the situation. This is something we humans are extremely good at doing. If we get a ‘No’ but there is something positive in it, the human mind will always find a way to spin it in such a way that it makes sense and isn’t that bad. One of the ways you can make the ‘No’ less painful for all parties involved is by a) offering value, and b) offering something that seems to be a next step that allows him or her to basically move on, rather than cling to this negative impulse they received.

In the long-run the positive wins.

In the long run, especially if you get very skilled at this, people might actually appreciate that you’ve given them the ‘No’ rather early in the process or in a particularly straightforward manner and did not waste their time.

All of these factors combined can help make these people feel relatively positively about you because the good news is that time is on your side. Over time, the positive things almost always outweigh the negative.

This is also why giving positive impulses at the time you say ‘No’ might be a very healthy strategy for building a network that is positively inclined toward you. 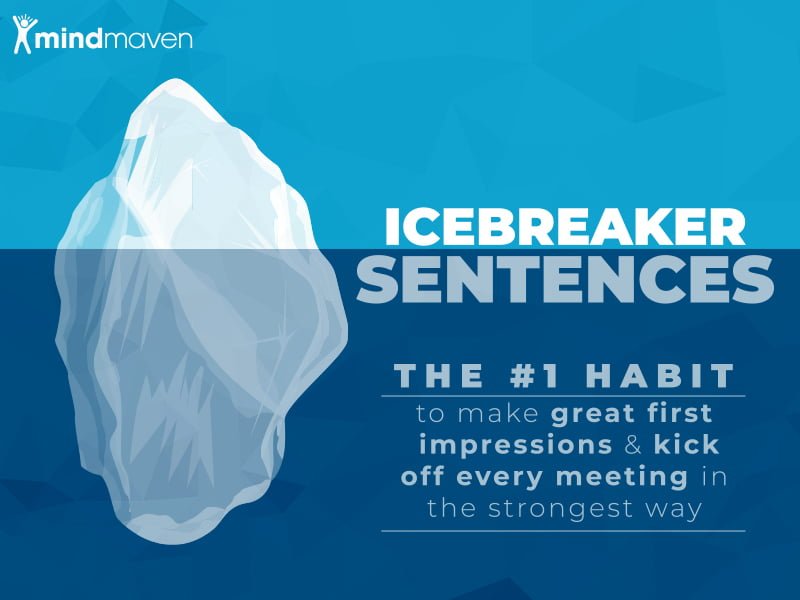 Icebreaker Sentences: The #1 Way to Make a Great First Impression & Kick Every Meeting Off Well

Ever find yourself stuck with a calendar that looks something like this week-in and week-out? You’re not alone: One of... 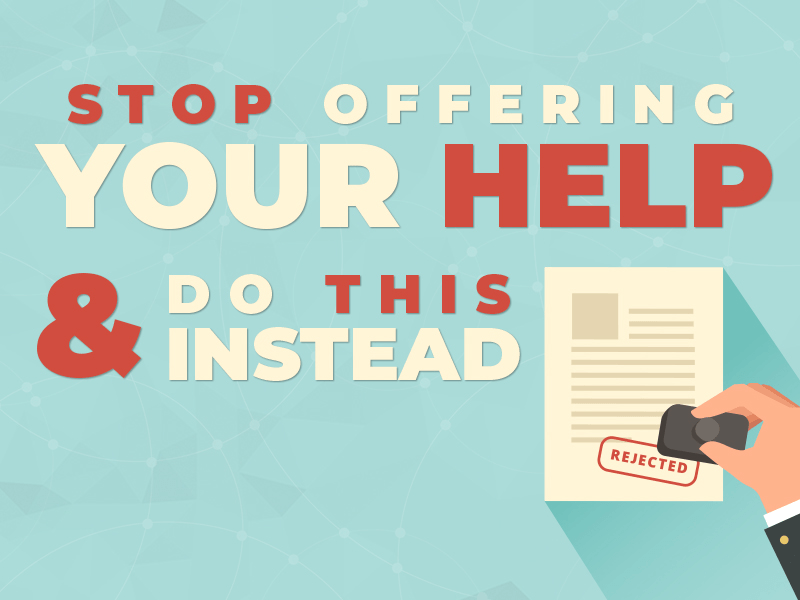 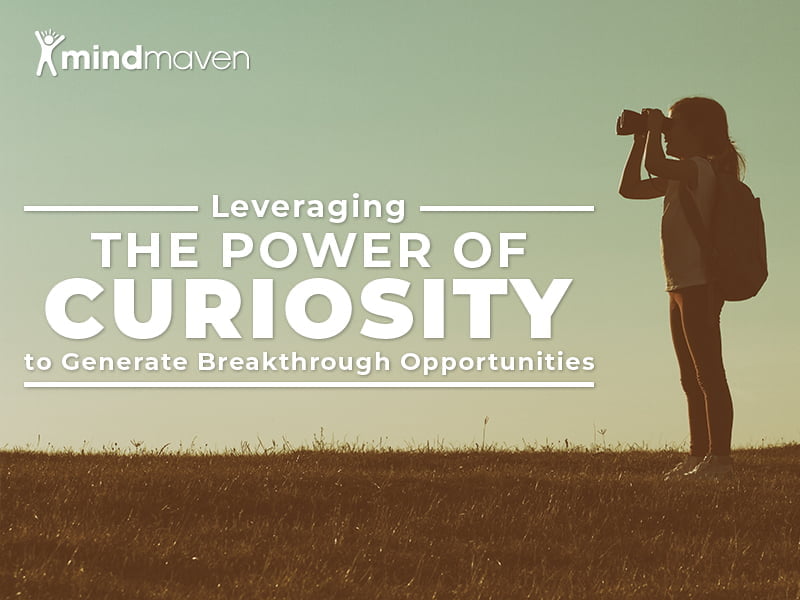