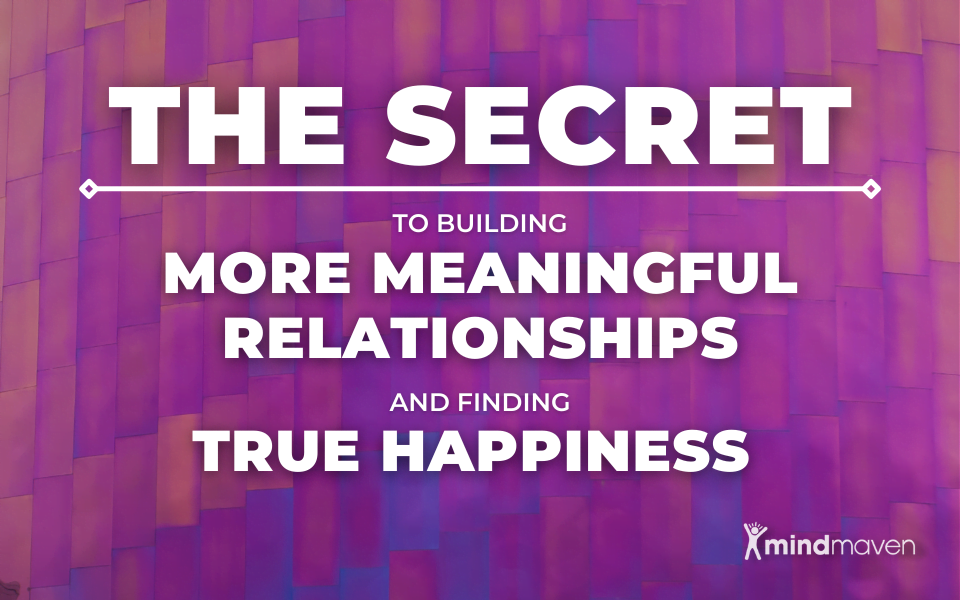 The best things in life always come from quality relationships with other people.

Most people we talk to agree with this statement, but when we ask, “Do you think you’re investing enough into your relationships?” most people sheepishly admit, no, they aren’t.

(Feeling guilty of this yourself? You’re not alone!)

To combat this urgency vs important battle, we’re going to give you the habits and pragmatic steps you can follow to consistently and easily deliver the kinds of experiences that deepen your relationships, bring you to your highest potential as a leader, and get the most from your network.

One of the most powerful ways we’ve found to overcome the urgent vs important issue is a practice we call Positive Alacrity.

Positive Alacrity: The Simplest yet Most Powerful Way to Build Relationships

Positive Alacrity comes down to one little habit:

When you think something positive that you genuinely believe, voice it.

If it sounds surprisingly simple, you’re right! But the fact is, as common sense as this sounds, it’s very rarely practiced.

The power behind Positive Alacrity comes from developing the skill of consistently delivering micro-moments of positivity that have a profoundly uplifting impact on those you interact with. By operating in micro-moments, you drastically reduce the effort it takes to provide great experiences to others, making it easy to create lasting feelings of happiness and fulfillment for both yourself and others.

It’s so easy there’s no excuse not to start using it!

We’ve seen that utilizing Positive Alacrity results in deeper, more meaningful relationships, a deeper sense of happiness and fulfillment, and an improved reputation as a leader. But don’t take our word for it, the science supports these conclusions as well.

In a 2005 Harvard study measuring the impact of various practices on happiness and fulfillment, Dr. Martin Seligman introduced the concept of “gratitude visits.”

The idea’s simple. Participants were asked to think of someone they were grateful for and write them a 300+ word letter of gratitude, then visit them and read it out loud.

The visits were the one practice above all others that had the greatest impact on the happiness of the study participants. They found that the feelings of increased happiness and decreased depression from that one letter lasted for a whole month.

For that powerful outcome, why don’t we all make gratitude visits? The challenge is that we live in an urgency-driven world, and not a lot of people have the time to write a 300+ word gratitude letter and go read it out loud.

“It may not be practical to schedule formal gratitude visits on a normal basis, but most people can make time every day to express their appreciation for someone.”

That’s why we took Seligman’s science and simplified it into a pragmatic daily habit: Positive Alacrity.

The Habit Behind Positive Alacrity

While gratitude visits focus on huge actions in the attempt to provide massively profound moments, the objective of Positive Alacrity is to create mere micro-moments that are just as powerful and uplifting. Unlike gratitude visits that require a couple hours of planning, writing, and scheduling, Positive Alacrity can be practiced in a moment—at almost any time on almost anyone.

However, because most of us aren’t trained to develop this skill, the little positive things that we think about other people often go entirely unnoticed, let alone voiced.

To change that, we’re going to teach you the pragmatics of how to turn this powerful tool into a habit as natural as brushing your teeth.

Say your morning ritual is going to a coffeehouse to get a cappuccino before you start your day. Despite the coffeehouse being terribly busy at this time of day, you notice that the barista is taking the time to greet many of the customers by name.

“You really seem to care about doing your job well, and it shows in how you greet many customers by name. I just wanted to say I think that’s really neat, thank you.”

This is especially powerful for a couple of reasons. The first is this person will not be expecting it, and the element of surprise always increases how much impact Positive Alacrity can have. The second is that baristas in a busy shop are often under a lot of stress and pressure, hearing some positivity in these situations can be extremely uplifting.

Can you imagine being that barista and having a stranger notice and tell you something so kind? By simply voicing a small, genuinely positive statement, you will make that person’s whole day in five seconds.

Imagine a situation where your whole team is heads-down on a huge new project at work, and everyone seems to be absorbed in rushing to complete it.

Despite this, you notice that one team member is taking the time to train a temporary intern on company workflows. Too often things like this go either unnoticed or unacknowledged. At the end of the day, you could go to that team member and let them you know you admire what they’re doing.

“Hey, I know your workload is crazy right now, but I noticed you slowed down enough to help our new intern learn about pivot tables in Excel. I just wanted to say I think that’s really awesome.”

Receiving a compliment like this can be a profoundly positive experience. You can almost bet that this will be the part of their day your employee shares with their spouse or partner after work. Your simple comment will be the thing that sticks with them and even defines how their whole day went.

In this situation, picture yourself as the CEO of an aggressively scaling tech start-up, and you’ve just hired a new engineer.

You notice that your VP of Product has personally introduced herself to the new hire and is showing them around the office and introducing them to the team.

Seeing something like this should be a trigger to practice Positive Alacrity. So, you stop by her office that afternoon and let her know how great you thought that was.

“Hey, I noticed you showing the new engineer around today. Just wanted to let you know I thought it was really cool you took the time to do that.”

Again, what she did here wasn’t a groundbreaking act to save the company, no real heroics involved. Just a simple act of doing her job and making sure product and engineering are working closely together.

But that’s the beauty of Positive Alacrity. In all these situations people are just doing their jobs, and you are just finding the positives in that and voicing them. This means it can be done anytime, anywhere, by anyone. You don’t have to be the CEO—you can be a peer, a stranger, a customer, or a friend.

In every example, Positive Alacrity micro-moments are short, personal, and genuine. But as easy and intuitive as this may sound it is hard to habitualize, and many people never even try.

How to Habitualize Positive Alacrity

The easiest-to-establish habits run on triggers that are concrete and easy to recognize. When [X] happens, I will [Y], but Positive Alacrity is a little different.

The trigger for Positive Alacrity is just a positive thought, and these can be subtle and difficult to recognize. In fact, many of us probably have these thoughts multiple times per day, but they rarely reach conscious acknowledgement, let alone verbal affirmation.

In a real-time poll we gave tech leaders, most people responded that they become aware of their positive thoughts only 1-5 times per week.

A few answered they rarely or never became aware of positive thoughts.

And no one said they became aware of these thoughts 6+ times a week.

If most of these positive thoughts go unnoticed, then the first thing you must do to practice Positive Alacrity is increase your awareness of your own thoughts.

Awareness is driven by two factors.

The more you repeat this mantra, the more it will happen and become a reality for you.

“Do I genuinely believe this?”

A common difficulty in practicing Positive Alacrity is the fear of other people seeing the act as fake. But most people can sense when you’re being sincere and will appreciate the comment if it’s real.

The Big 3: Skills to Increase the Power of Positive Alacrity

Awareness aside, there are three specific skills that will help you get the most out of Positive Alacrity, and like all skills, they take learning and development to be effective.

The power of specificity is criminally undervalued in our society, causing most of us to be trained to give vague compliments which have a diminished impact.

For example, if you received the compliment:

“Hey, thanks for putting that report together, that was great.”

You would not feel nearly as uplifted or impacted as you would receiving:

“Hey, thanks for putting together that report. I don’t often have time to handle the last-minute details and knowing I have someone like you to who watches out for these things is extremely valuable to me.”

Being as specific as possible with all your compliments will help them have the greatest positive impact on the receiver.  When you think a positive thought, and become aware of it through thought labelling, ask yourself:

“Why is this positive or impactful? Why am I grateful for this? How is it positive?”

And, of course, include the answer in your vocalization to make it far more impactful on the receiver.

Have you ever noticed how many people don’t take compliments well? They often look down shyly, blush, and try to brush it off with a phrase like:

If you leave space for your receiver to respond, it can undercut the power of Positive Alacrity. When someone downplays a compliment, they cheat themselves out of the opportunity to be uplifted and feel good about themselves.

The best way to overcome this is brevity, and practicing what we call the hit and run.

The tactic is: make your uplifting comment, and then disappear!

To do this, frame the conversation with a sense of urgency by opening with something like:

“I only have a second before I have to run, but I wanted to say, thank you for spearheading the sales hiring process. Having someone like you at the helm makes me really excited for the next chapter of our business. Thanks so much for taking the initiative!”

Then, since you set it up, you have a natural excuse to just keep on walking and they won’t have the opportunity to downplay the compliment. If you’re delivering the compliment to remote employees or coworkers, sneak in the Positive Alacrity comment right before you sign off from a Zoom call or send the compliment in a brief voice recording.

When it comes to timing there are two ways to deliver Positive Alacrity.

In most cases we recommend you practice Positive alacrity in the moment. But, in some cases, waiting will increase the power of the action, since immediate recognition can sometimes be written off as obligation.

After something happens that triggers a positive thought, you can try waiting a day or even a week later to demonstrate that you are still thinking about whatever your comment is about. This eliminates the possibility of your compliment being construed as just obligation.

You may even consider asking your Rockstar EA to remind you to revisit this in a couple of weeks.

Positive Alacrity in a Nutshell

Positive Alacrity is the skill of consistently delivering micro-moments that have a profoundly uplifting impact on those we interact with.

It all comes down to one simple habit: when you think something positive, voice it! 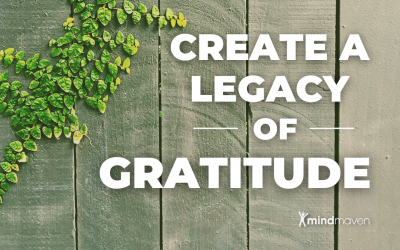 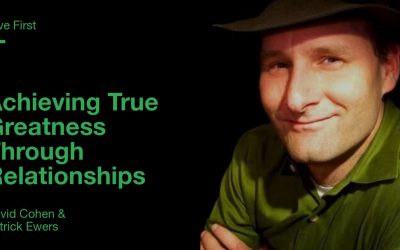 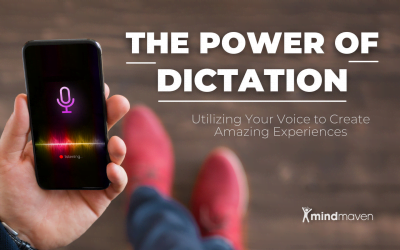